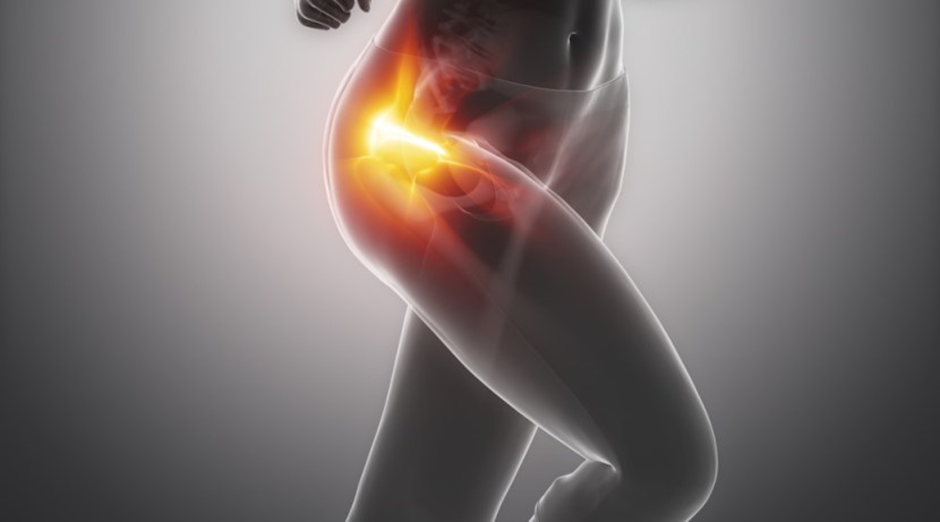 If you’re walking like a pirate but don’t captain a large ship, your swagger may be preventable and treatable, and the remedy doesn’t involve buying an eye-path and a parrot. Gluteus medius tendinopathy (GMt) is a relatively common condition that affects the outside of the hip. The gluteus medius muscle is a powerful abductor and internal rotator that primarily acts to stabilise the hips during walking and running. Overload of the glut med muscle or excessive compression of the tendon on the hip bone can result in GMt.

The primary role of tendons is to transfer load. When too much load is repetitively placed on the tendon (walking/stair climbing), it becomes irritated, which can lead to tendinopathy. Tendinopathy is essentially tendon irritation resulting in changes to the structure of the tendon, making it more susceptible to further damage and ultimately reducing its ability to transfer load.

There are two prime contributing factors:

Presenting symptoms can include outer hip pain, hip pain that extends into the outer thigh and pain that is worse at night. Often the hip is aggravating when side lying, getting in and out of the car, standing on one leg, climbing stairs or walking up a hill (which is often hard to avoid in Lorne).

The first thing to avoid is activities that aggravate the hips and minimise compressive loads (carrying heavy items). Exercise physiology serves to correct these issues by improving walking gait (biomechanics and posture) and improving muscle activation patterns by strengthening key muscles. For a GMt rehabilitation program to be effective, education is paramount as this will result in reduced hip pain, better adherence, improved postural awareness, and better long term results.

Finally, sea legs may be good fun, but they should only be temporary. Walking with an altered gait will increase the load on the glut med muscle and adds further compression to the tendon, resulting in lateral hip pain. Encourage people to walk normally if possible and avoid rest as it will only further weaken the musculotendinous complex.

Please do not attend the medical centre if:

1.You have any flu like symptoms including a fever, cough, sore throat, runny nose or shortness of breath. and/or

2. You have returned from overseas in the last 14 days.

Please call Apollo Bay Medical Centre on 5237 8595 and discuss with reception before booking your appointment.

These measures are necessary to control the spread of COVID-19, reduce the impact on health resources (including keeping our health professionals at work), and to protect those more vulnerable to infection. We appreciate your patients, support and understanding during this difficult time.